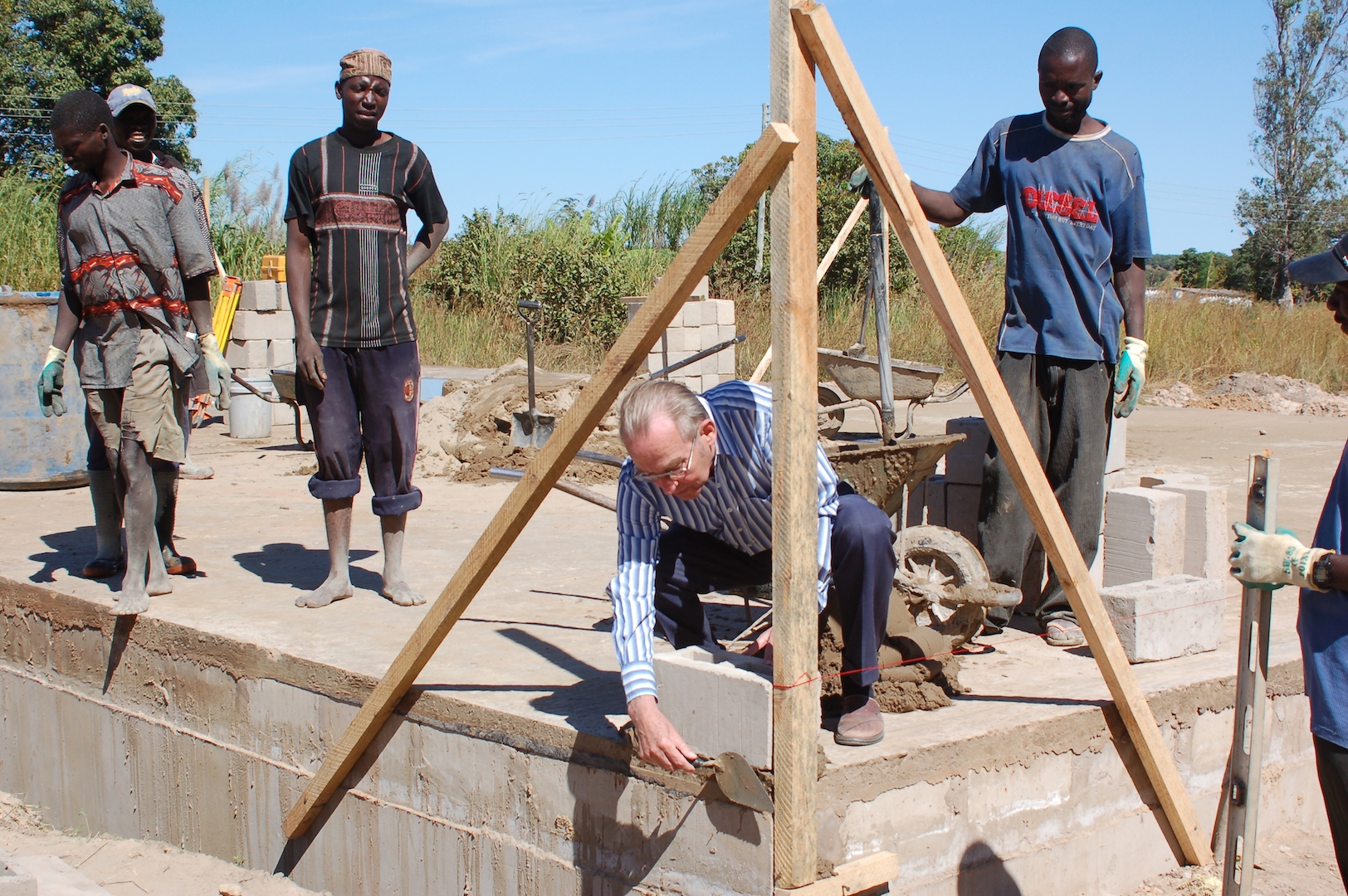 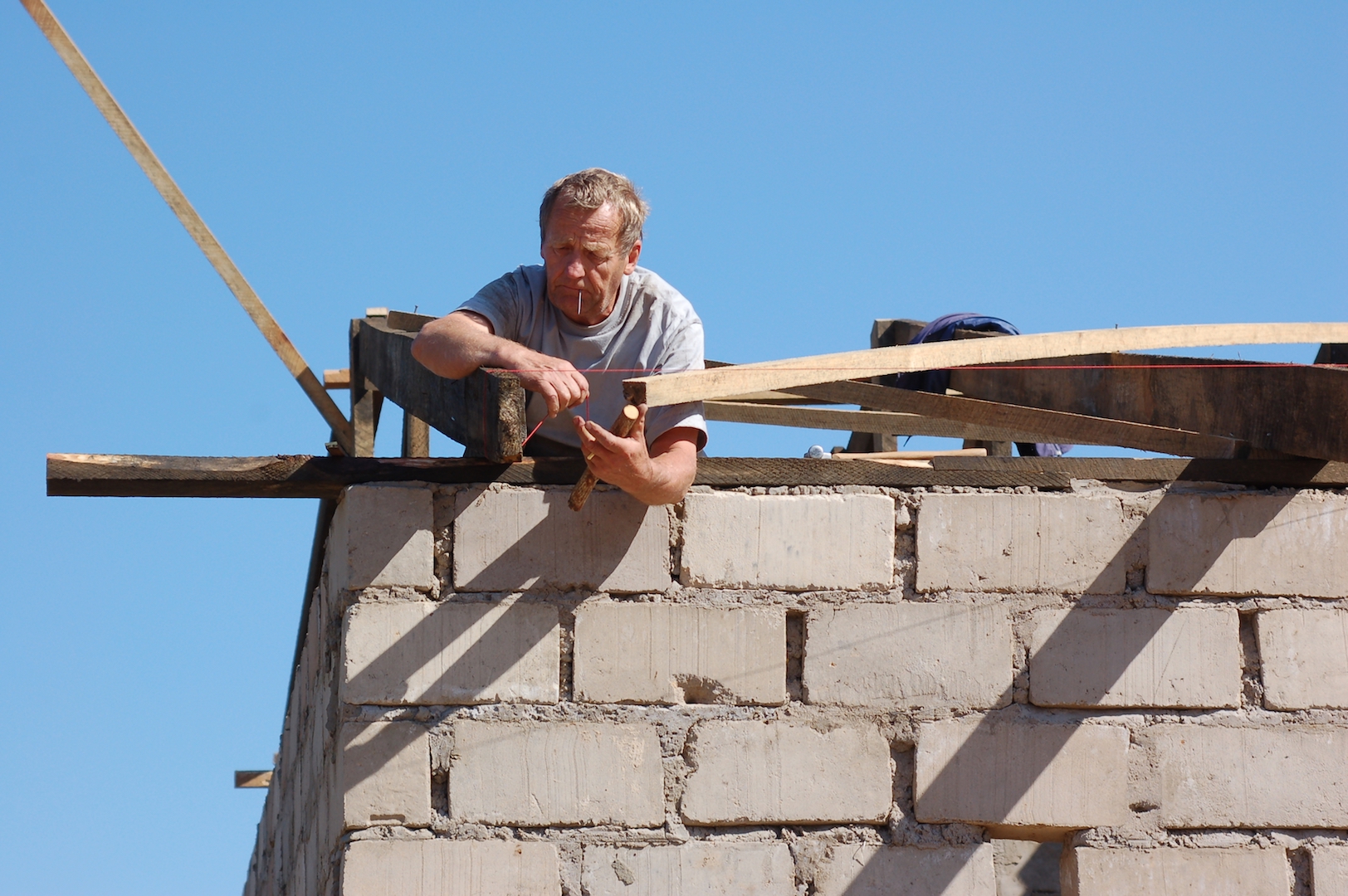 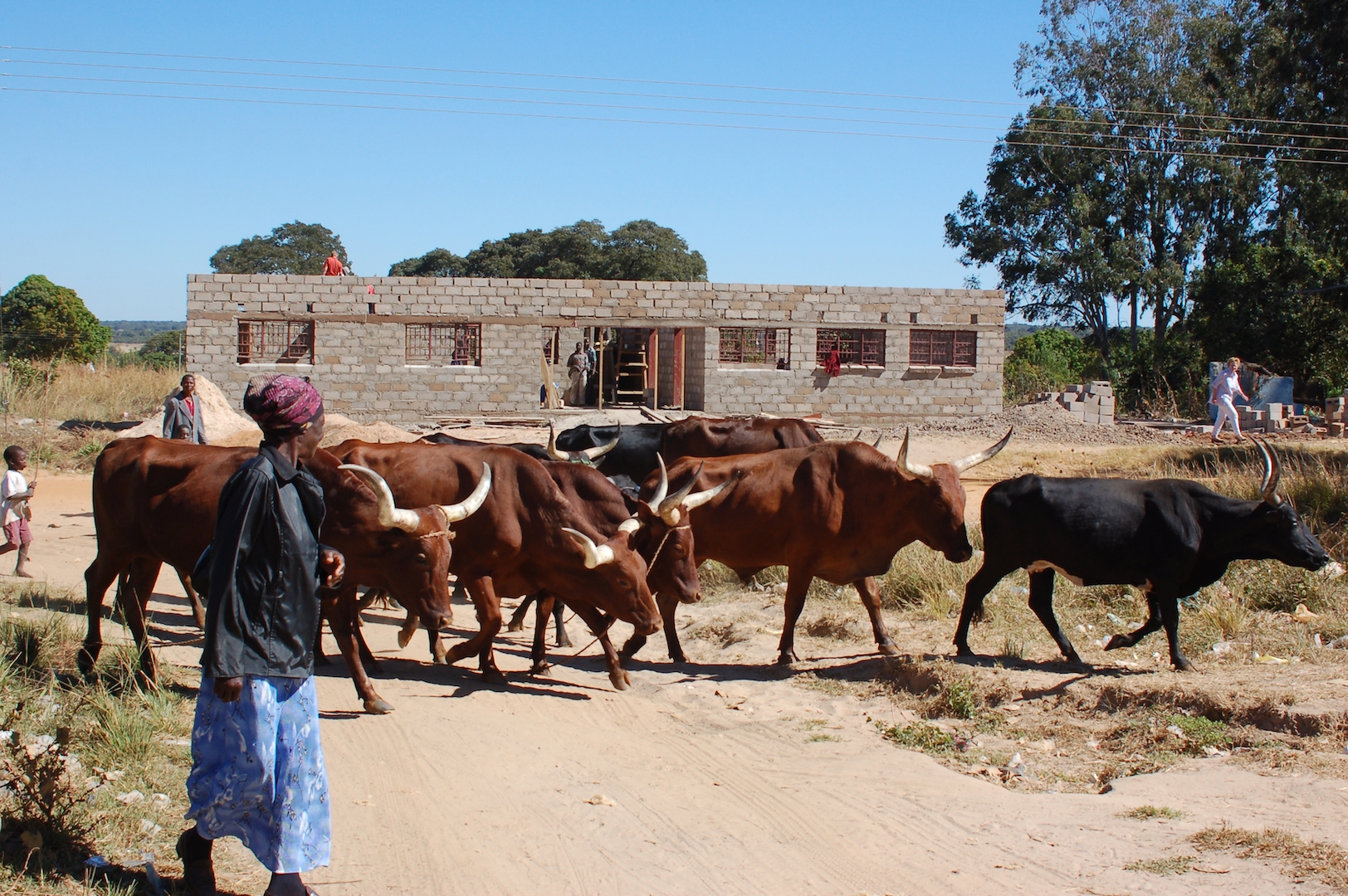 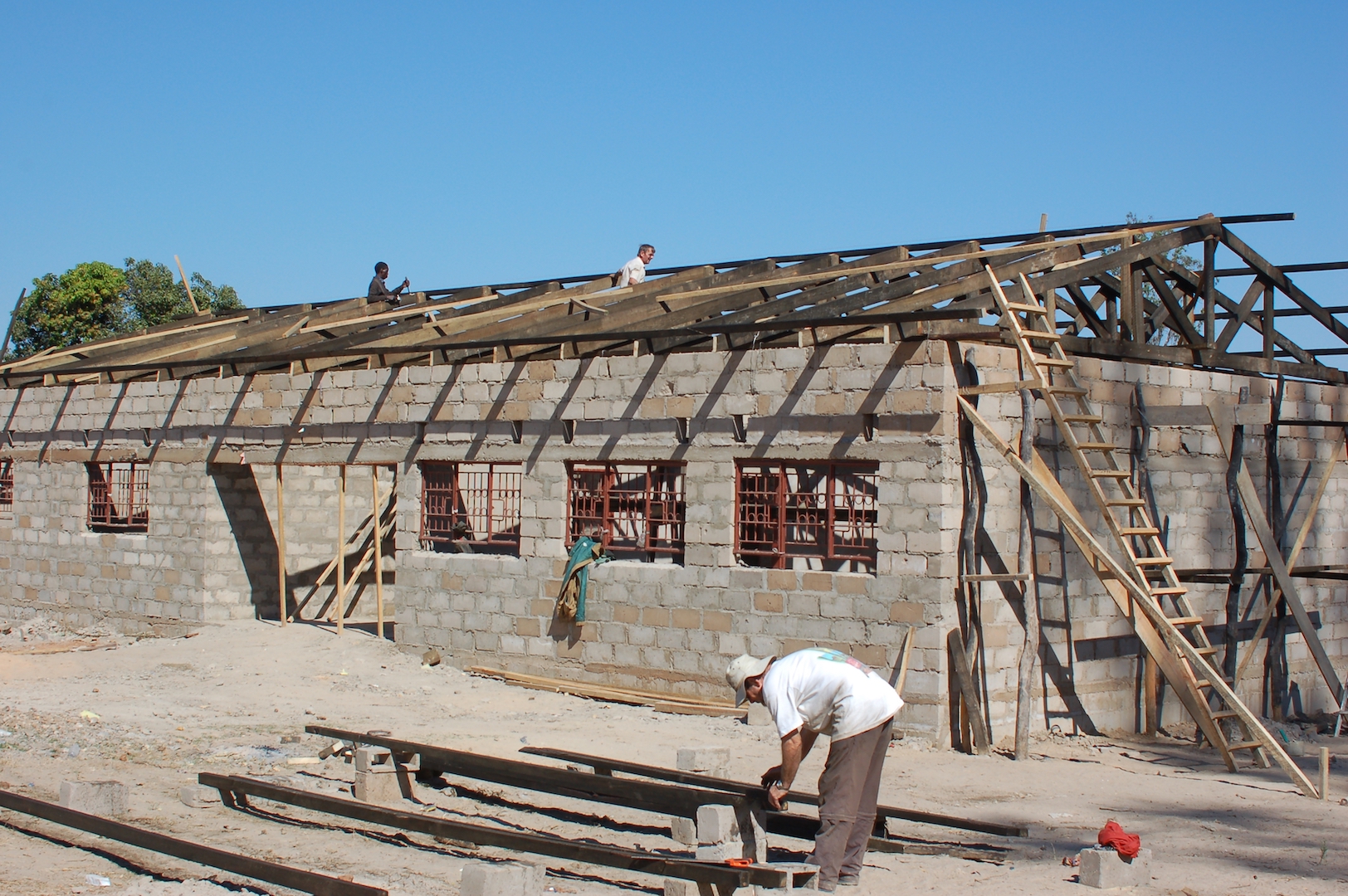 A dream came true
Really, really! A dream has come true. Partly because of your enthusiasm and generosity, our construction project in Zambia has been 100% successful! For six weeks, the four Bouma brothers (and sister-in-law) – with very few tools – have been building the community center with the local population of Kaoma. The building began to take shape at a very rapid pace and after fourteen days many already spoke of “The Miracle of Kaoma”… A miracle in which you also contributed! We would like to thank you very much for this. But also for the sympathy and widespread interest shown in the departure of the Bouma’s, during their stay in Zambia and on their return home. How intensely warm and happy the feeling that gave us that was, can hardly be described … The multifunctional community house, realized with your enormous support, will be named the “Home Based Care Regina House”. It is named after our own mother, Regina Bouma-Lenes. Sadly, dying young, she also managed to raise a large family in times of scarcity and relative poverty. In memory of her and also as a tribute to all those hardworking, caring mothers in Zambia (and anywhere in the world)! By means of small-scale construction projects such as this one, always set up by our family or Stichting Bouwen met Bouma’s in close collaboration with the local population, we ensure that your financial support directly benefits the people who need it so badly. Although no major project is actually planned for 2007, a number of builders will leave for Kaoma again. Together with two new volunteers, Herman and Willem Bouma will help with the renovation and expansion of the local church. A project that is carried out entirely in-house by the population and for which a financial donation has been promised by our foundation. As said: the result of our first project was magnificent. So we will continue! And of course we will keep you informed. Via updates on our website and via a newsletter that will be published annually.