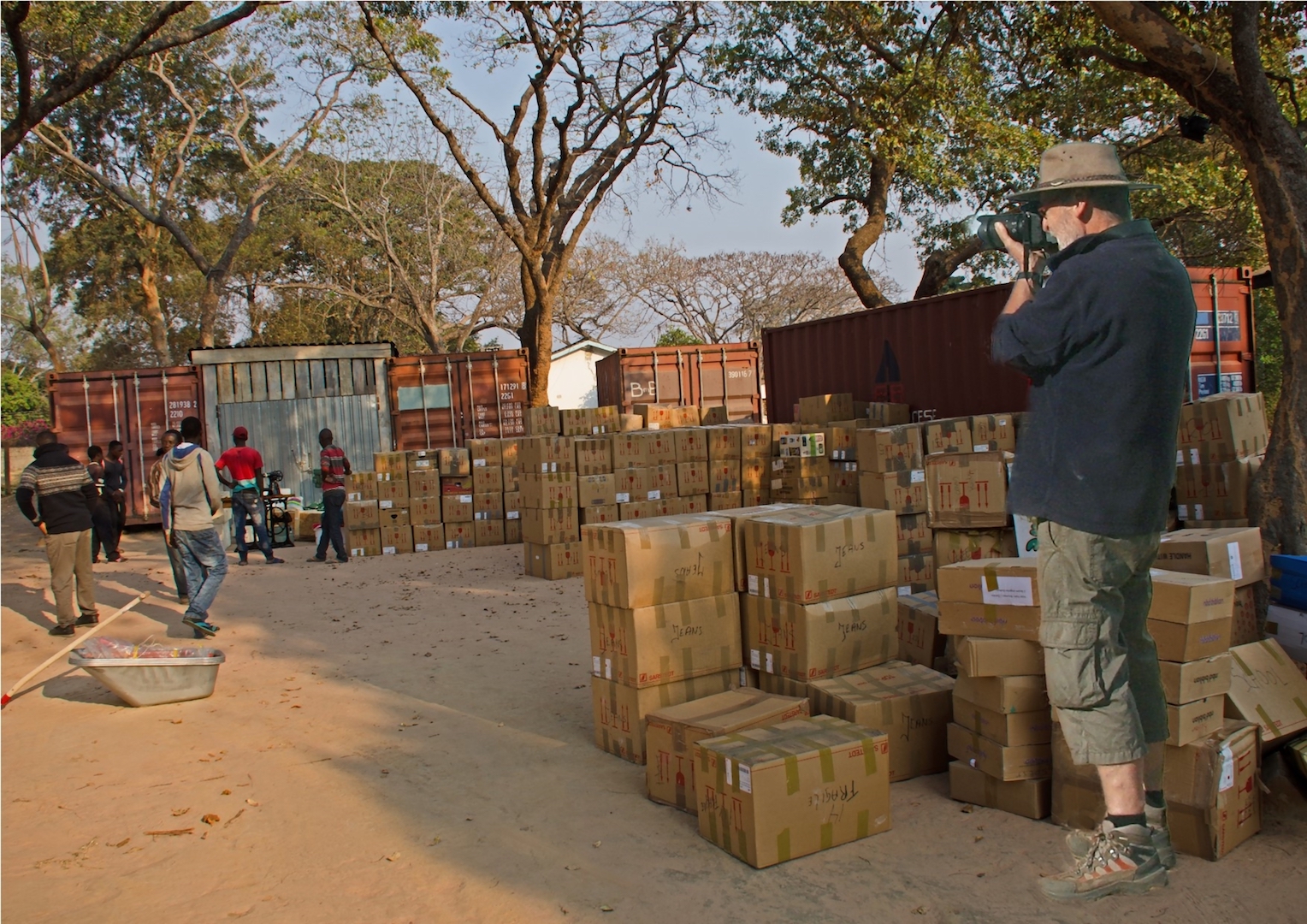 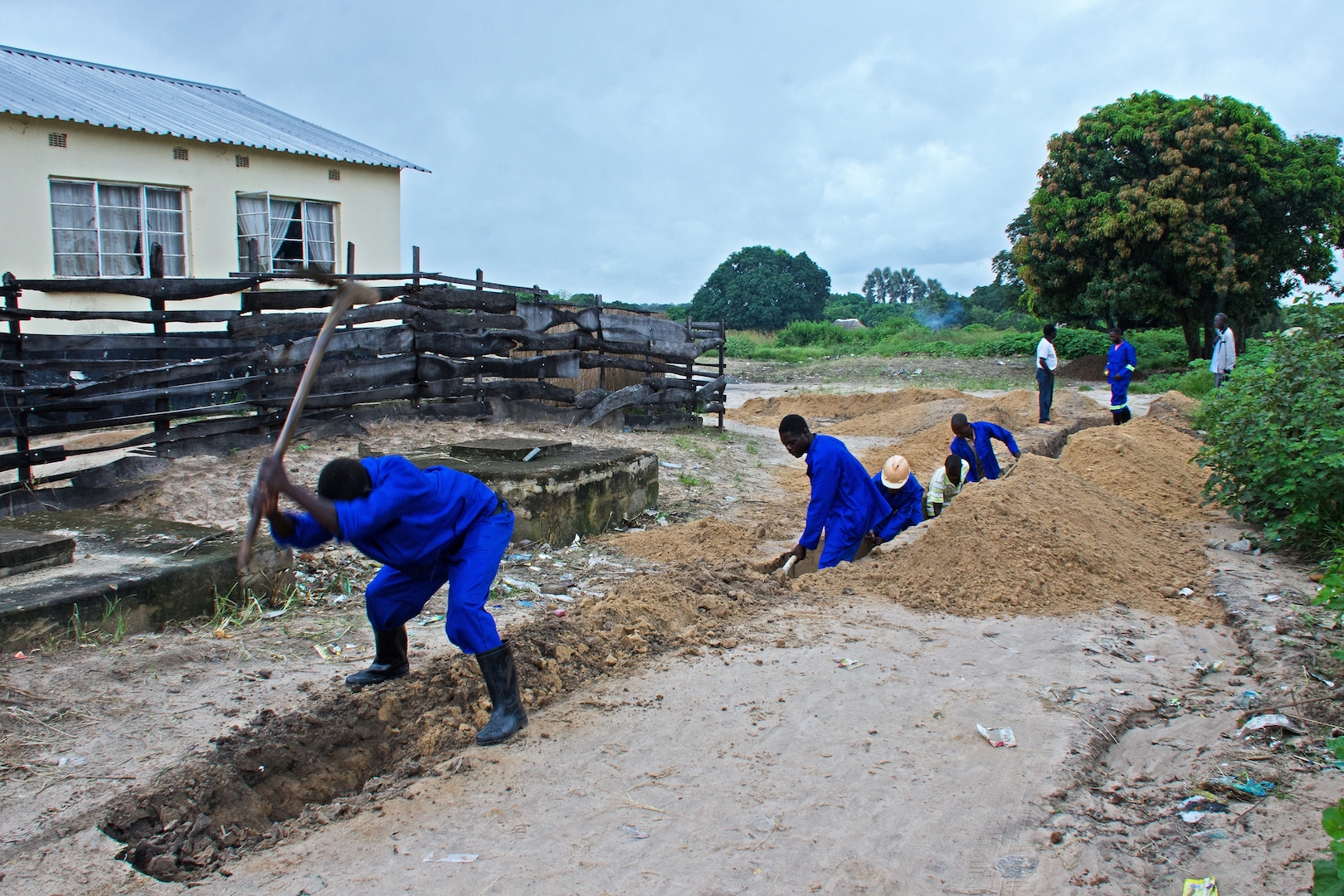 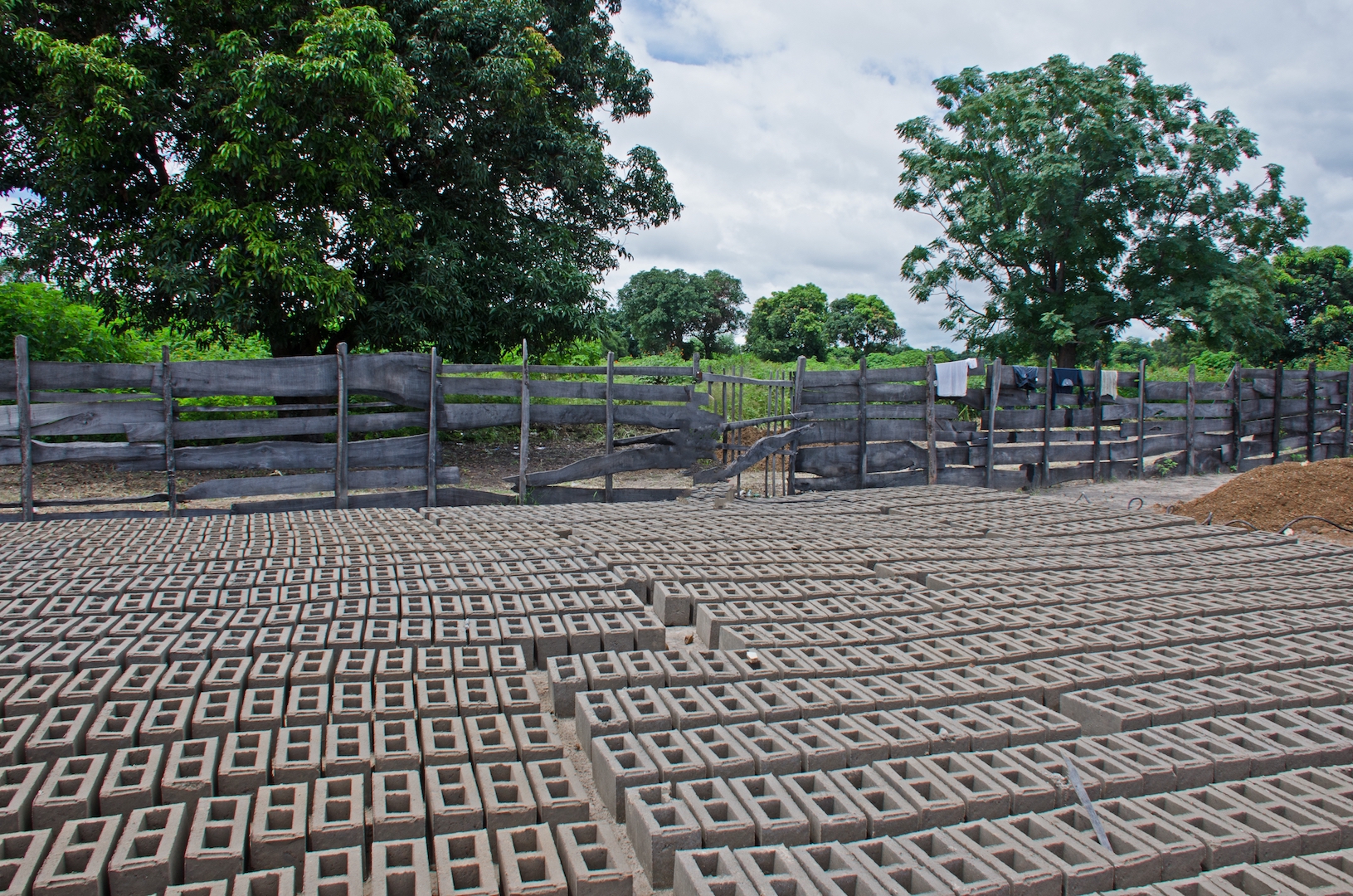 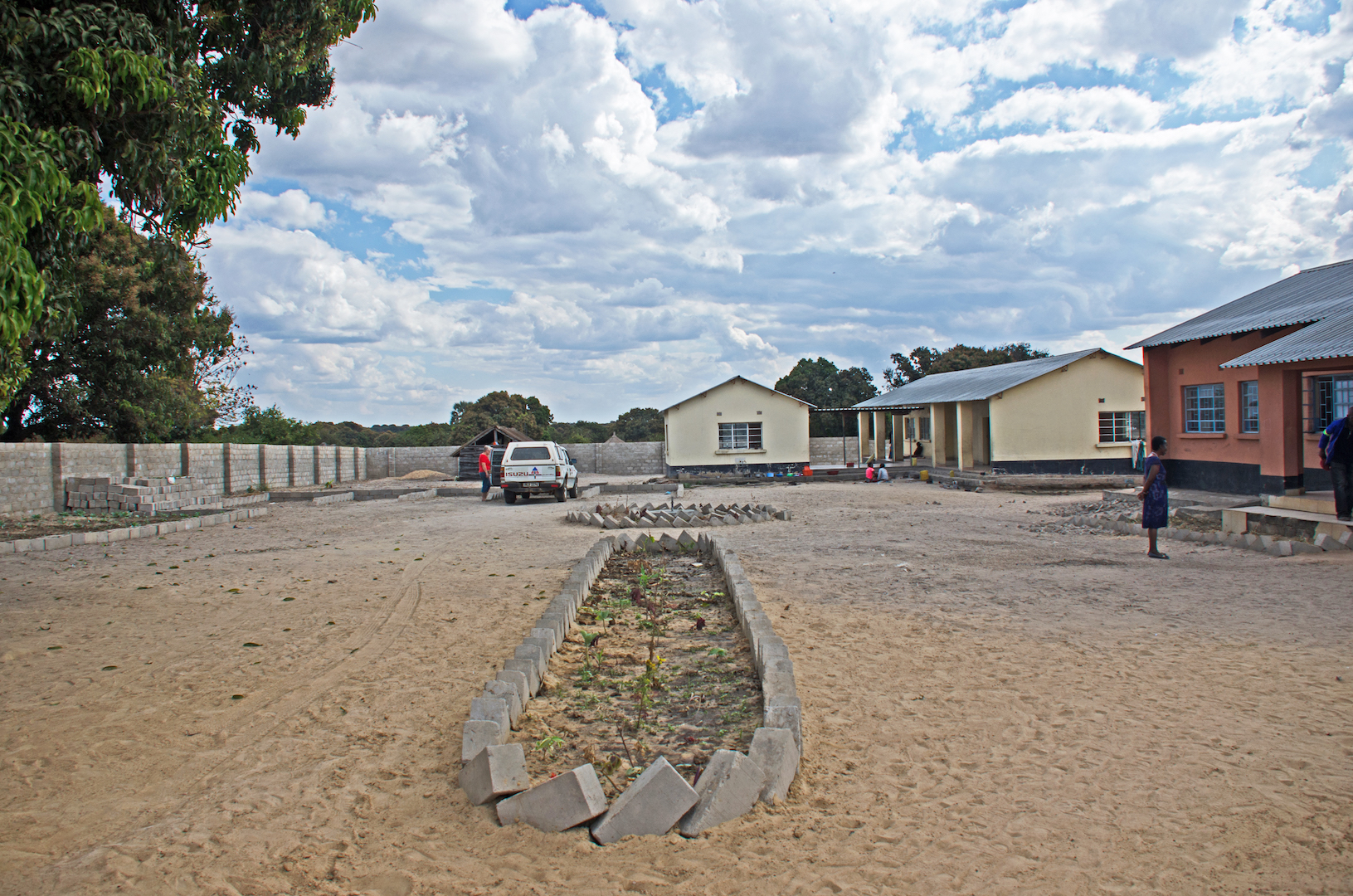 The mothershelter and the school for disabled people requested BmB several times to build a wall around the two buildings. For the mothershelter they also asked for two latrines because many women from the bush have no idea how to use a water closet. Building latrines feels like a step back in time and is the wall really necessary? With some reluctance, BmB has decided to grant these wishes this year. Where exactly we will build the wall is not that important (the terrain is owned by the hospital), much more important is that there must be room for a gate wide enough for the ambulance.

When we were finished with the positioning, representatives of the Ministry of Education came with the request to build the wall around the entire wasteland because maybe … in the future ….we may want to build more classrooms there. Kind of vague.. We received a negative response to the question whether the Ministry is responsible for the additional costs. So the decision was quickly made.

At the backside we had a very different problem. The septic tanks and the latrines must of course be located inside the walls, but to make this possible we will have to build the wall in the middle of the road. Fortunately, the road (a sand path) is not constructed by the state, it has originated spontaneously. Nobody objects….

The wall and the latrines are done. I have to admit, the wall is a big improvement. It is not a waste of money! Thanks to the wall, no one can just enter the grounds. Fortunately, this also goes for the pigs and goats. The children there-fore immediately started with the construction of a vegetable garden!
BmB has been fighting for years with the electricity company about the connection to the mains, according to them the wiring is no good and so they do not supply power. We are now taking our losses, so that there will finally be power in both buildings. Another tricky issue; who will pay the electricity bill. A good solution has been found for this: the power is delivered through the hospital and they pay the bill.