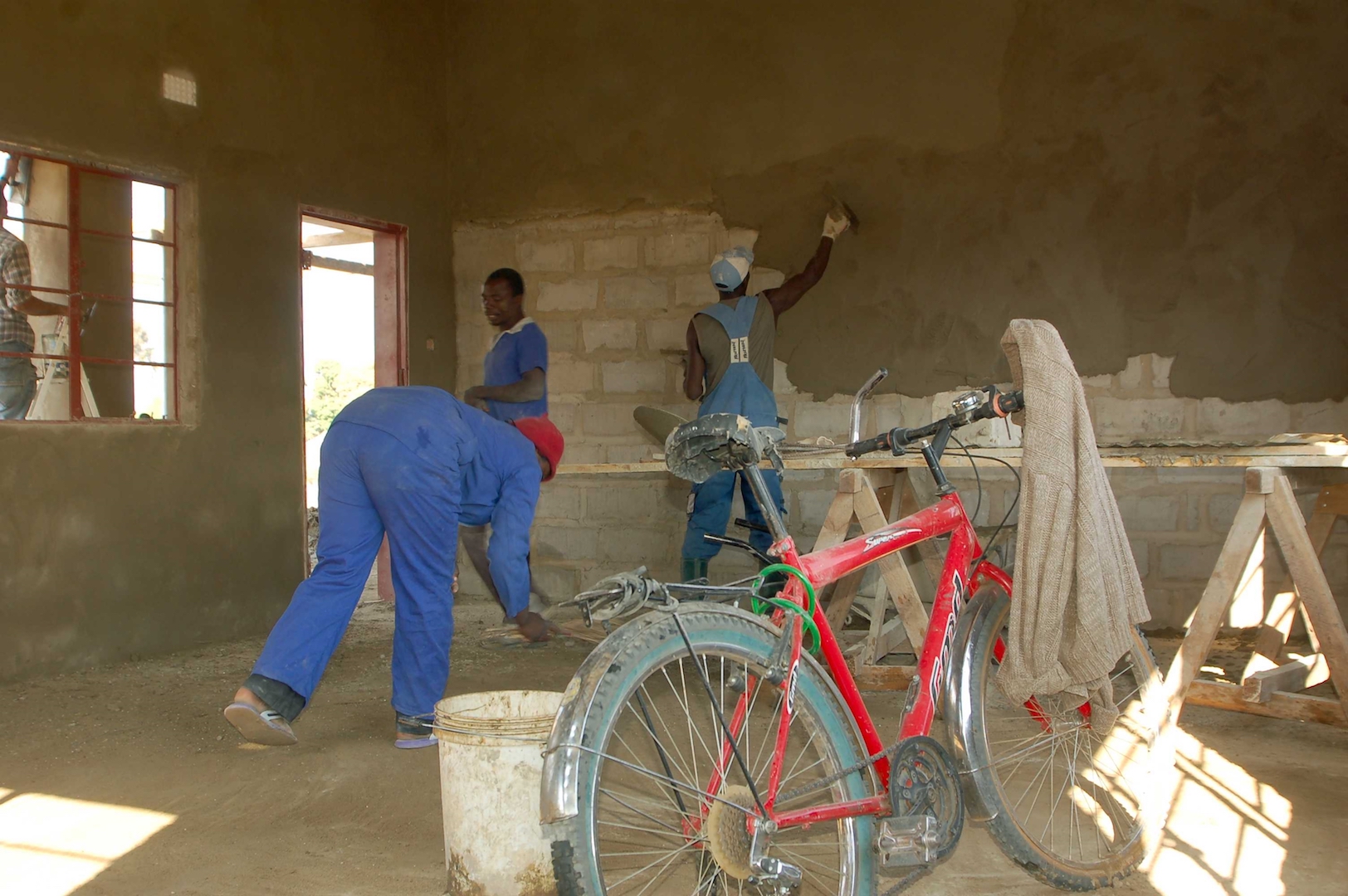 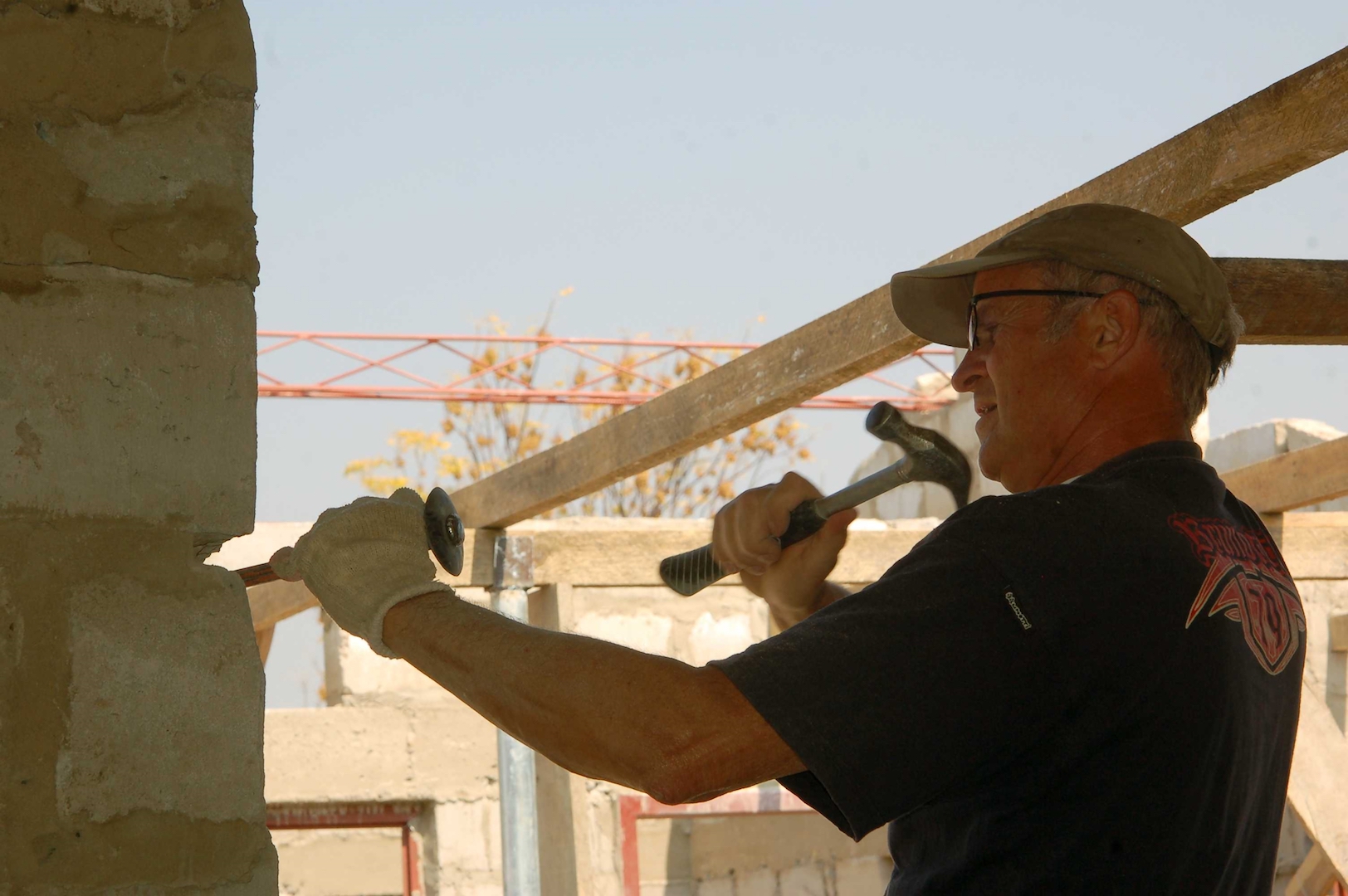 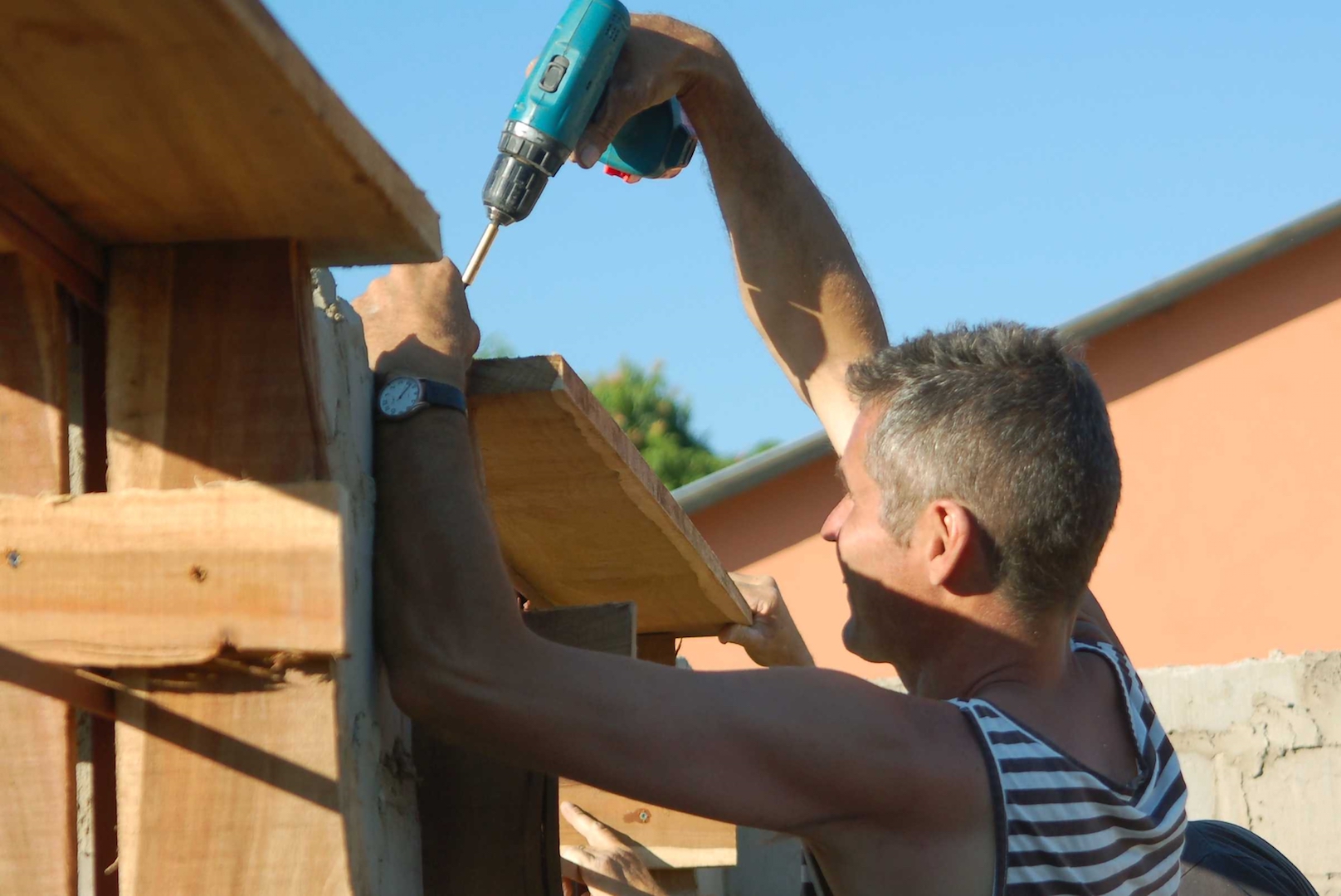 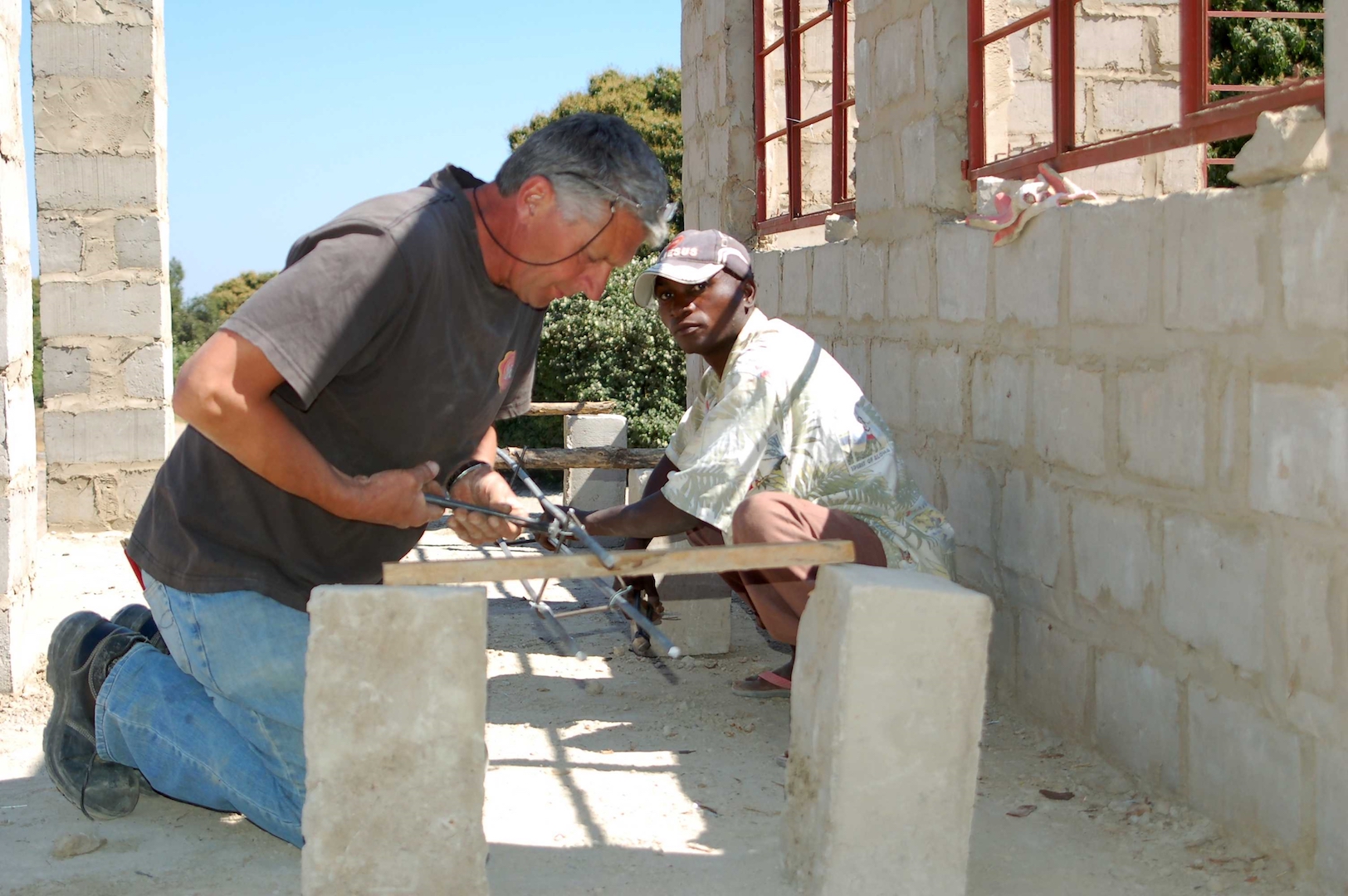 Retrospect Siem Zeilemaker
6 weeks Kaoma, 6 weeks working on the construction of a shelter for pregnant women. I really enjoyed doing it. Not only was the atmosphere between the “Dutch” and Zambian construction workers very good, but the people of Kaoma are also very friendly andvery grateful. This became apparent during the opening of the 3 sick wards and a 2-class school, both funded by the foundation. An opening with so much joy and emotion, it will be etched in my memory forever. But also imagine: Today you go to a school, the building is made of clay with a thatched roof, without a floor, without window frames in the facade and without furniture and after a year there is a stone building with a sheet metal roof, a concrete floor, frames in the facades with glass in the rebate and a real front door. Then also furniture and a blackboard. Then as a community you will go crazy !!!!!! And if you, as a builder, are allowed to experience such an opening, then that is a very emotional moment. I have great admiration for the boards of the Foundation both here in the Netherlands and in Kaoma and I hope that they can continue with this wonderful work for many years to come. A little bit less poverty, a little more health, a little better education. They are droplets on an ocean, but of inestimable value to the inhabitants of Kaoma.

Retrospect Ellen Huitema
Three weeks in Zambia and it flew by. I look back on my time there with great pleasure. Such friendly, lovely people. Very grateful for what BmB is doing for them. They showed us that gratitude in the form of food, a goat and several chickens… Unfortunately I was only able to dedicate myself to them for four days, because then all reading glasses that were brought along were worn out. For these people, being able to read the Bible again is the most important thing. I will never forget the happy faces and the “na bona hande” (I see well). People came from all over to have their eyes examined by me. There was already a queue in the morning and they kept coming all day. The whole hall was patiently packed. I am grateful to BmB for having been given this opportunity and – despite all the vaccinations I have had – I am still infected by a virus, the Bouwen with Bouma’s virus …

Retrospect Nico Lenes
Here is a small retrospective about the trip to Zambia. Of course I have thought about what would await me there and it is actually impossible to put into words what that does to you. Building for someone else, with someone else. The builders were completely unknown each other, there was a meeting afternoon at Herman and Lies Bouma and we had to make do with that. Actually we didn’t get a lot of information, but I had some idea what to expect there. Six weeks away together to the strange Africa.
Now when someone asks me, I can’t help but say I had a great time there! At six in the morning the alarm went off and
an hour later we were on the construction site together with the African construction team. They made bricks themselves and the wood was also dragged by manpower. They are hard workers! The people are generally always cheerful and cheerful, they live on the street for a large part and try to sell and sell everything. Take it from me, there is almost nothing in Africa. Yes, it is only available to a limited extent and in most cases not just for sale to the local population. We also worked on Saturday mornings and went to church on Sundays. That was quite an experience because they took everything for the pastor, such as eggs, chickens and other gifts. The church service was a party in itself, it lasted a long time, but it was enjoyable with lots of singing and dancing.
The objective of the mother house to be built was reached after six weeks and I was able to return home with peace of mind.
What a great job the Bouma team is doing there, in a word, TOP! Worked a lot, laughed a lot and more beautiful impressions of that colorful Africa, a working holiday to never forget! Maybe such a trip is in a few year worth repeating, who knows! As I said before, six weeks away from Haskerhorne is six weeks with the foundation “Bouwen met Bouma’s ”, plenty of work and adventure! Thank you co-builders!

Report of BmB Zambia
All projects have been completed and transferred. The three sick wards in Sitaka are in use. The two classrooms in Kashokoto are used by 160 students per day. The 16 electric beds and mattresses have been transferred to the Kaoma District hospital. The mother house, including beds and mattresses, has also been transferred to the hospital in Kaoma. The Kaoma community is very happy and appreciates your great love and commitment they experience. Greetings to BmB Nederland and all their donors.